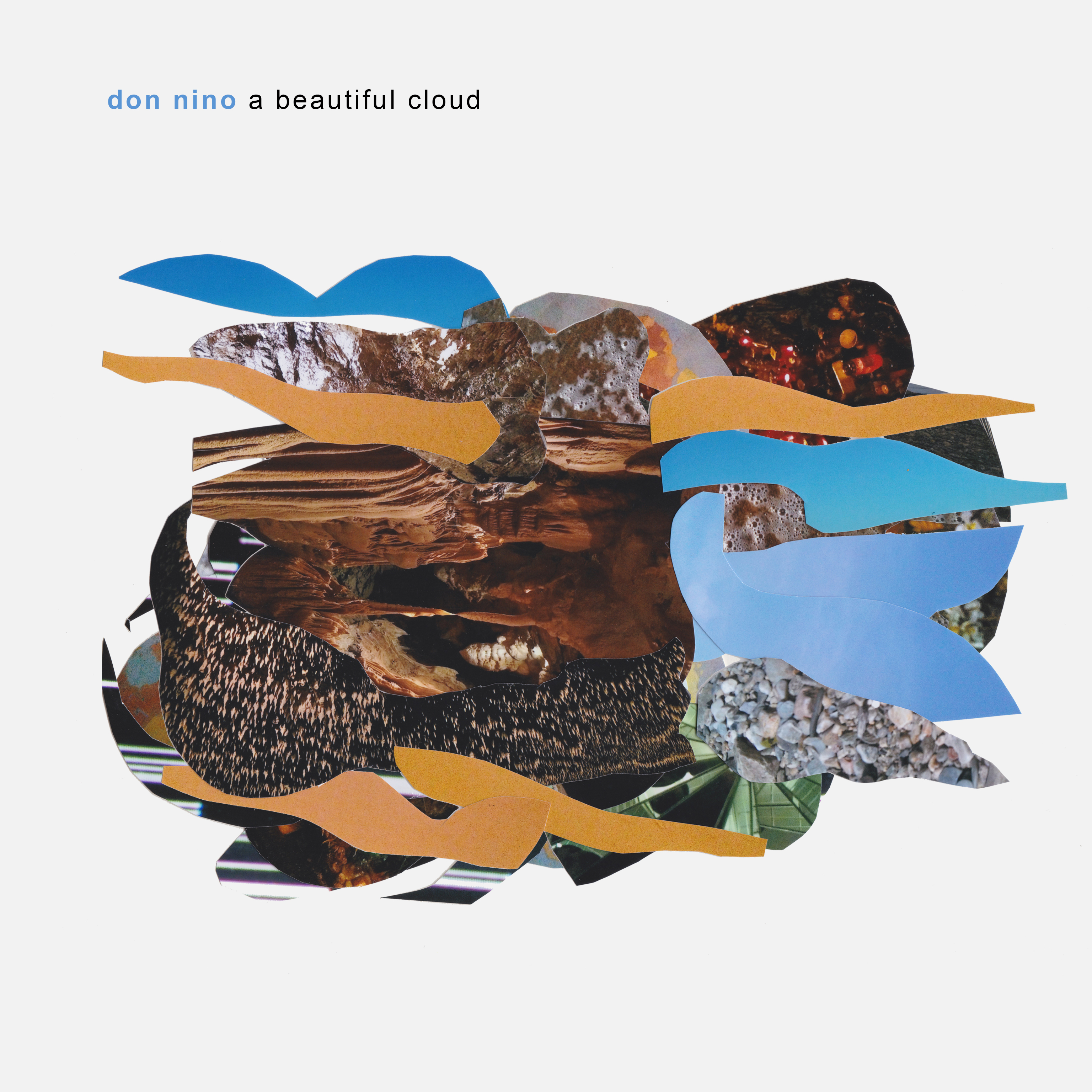 On a large multi-coloured wool blanket, he places the elements of his vintage Japanese drumkit, skins turned to the sky, and tunes up his one-of-a-kind Res-O-Glass guitar. The toms start singing and soon basslines, guitar riffs and scraps of lyrics follow. The blanket levitates from the ground and starts to resemble a huge cloud, textured and dreamlike. As the sole captain of this multicoloured vessel, Don Nino is forming something pared down, electric and sensitive, giving birth to ten new tracks. It’s a beautiful cloud / Alone in the sky / Tell me how / It could conceal everything for real he sings on the first of them. It’s his manifest for a contemplative life, a celebration of the slow, and gives the album its name – A Beautiful Cloud.

In this seventh opus, with its luminous sounds and sense of contrast, introspection evolves into observation, with the questions asked by its author designed as an invitation to leave behind life as it was before. We all know what this is about sings Don Nino on A Place, also hinting at the need for a new destination, a change in how we live. Like the collage of chiselled photos on the album cover, the sound is dense, organic and ethereal. A beatbox and bass, melodious dancing toms, maracas and claps make things groove. The fibreglass guitar emits its arpeggios, chords and drones while the keyboard meanders alongside. Don Nino initially developed this style of guitar to accompany the French-American dancer Yves Musard during a tour of the USA late 2019. Finally, the vocals are placed front and centre – hypnotic, soft or energetic, they reveal minimalist lyrics, sometimes tinged with humour (for example, in the lively Rainbow), like something taken from a personal diary.

Conceived in just four days, a veritable liberation after his confinement in Paris, the album A Beautiful Cloud is both sweet release for its author and a way of evoking the feeling and questions that arose during the extraordinary months recently traversed: “It came as much from a sentimental standpoint – by which I mean being in love in this nightmarish time – as the need to extricate myself from the hubbub of the city and the modern world, and be in harmony with the ebb and flow of a more sedate, contemplative life. I initially intended to paint, so writing this album was like a sudden and unexpected blooming, totally invigorating.” We are made for joy sings Don Nino in the mantra-like By The Fence. And after a spell in the wild wild world, there comes a dance. An album for which all’s well that ends well.