Formed in 2000 in Paris, NLF3 is the instrumental group of brothers Nicolas and Fabrice Laureau, accompanied since 2006 by drummer Jean-Michel Pirès. The trio explores a cyclical, textured music, halfway between soundtrack and psychedelic rock transgression, imprinted with electronics. After two remarkable albums, their film concert on Que viva Mexico! by Sergei Eisenstein goes around the world. Many tours and creations follow, accompanied by album releases. NLF3 unveils on stage as on disc, an atmospheric universe with open instrumentation. Electric guitars, vintage keyboards, percussion and electronic effects invent pulsations and melodies in weightlessness, playing as much on densities as on minimalism.

A few days before the year 2000, the three musicians Fabrice Laureau, Nicolas Laureau and Ludovic Morillon meet to implement new ideas in their Parisian studio PUSH at Porte de la Chapelle. The basic principles are simple: experiment without a pre-established scheme and record without a specific goal. No one could imagine that the NLF3 project, born from these inaugural sessions, would still be active twenty years later. Thus appears Part 1 – Part 2, the first (double) album-manifesto, both a catalog of research and a nuance of emotions, where the titles of the compositions are designated only by simple numbers.

Two years later, it is the same device, enriched with a computer allowing to edit or use MIDI sounds, which will give rise to the production of Viva !. The visual, designed by graphic designer Gaspard Augé, brings together psychedelia and graphic illustration through the blossoming of an imaginary flower simultaneously evoking the worlds of krautrock and electronic music. Viva’s tour! bring the trio to a carte blanche for the creation of a film concert. NLF3 then chose to invent music for the unfinished masterpiece of Eisenstien Que Viva Mexico! After performances in France, the creation goes around the world. It was precisely in 2006, for this tour that Jean-Michel Pirès became the drummer of NLF3. Recording sessions at the Microbe studio lead to the release of the EP Echotropic in 2008 and the album Ride On A Brand New Time in 2009. They take up the postulate of the first improvisations, while bringing a more melodic dimension, through chord changes that challenge repetitive rhythms. The instrumentation opens again, with the appearance of the kalimba (thumb piano) and the contribution of several vintage keyboards. The voices become incantatory and a diffuse euphoria crosses the tracks, finding its visual counterpart in the felt-tip drawings of Yu Matsuoka, which adorn the covers of the group at that time. The trio then openly asserted in their interviews a multitude of influences, from repetitive music to experimental rock, from Laurie Spiegel to Brian Eno, from Sonic Youth to Can, from the Afrobeat by Fela Kuti to the tropicalism by Tom Zé.

In 2010, back from a long tour, the three members of NLF3 quickly embarked on the conception of Beautiful is The Way To The World Beyond, a new album full of electric guitar riffs and minimal loops, testifying to the inspiration from a hyperactive and fulfilled group. The visual is designed by the Laureau brothers themselves, who fashion an assemblage of typographies and small exploded geometric shapes evoking flying saucers. What interests the group the most is always its next destination. We find them in 2011 on the dark and nevertheless eloquent Beast Me, whose visual consists of a collection of sugar skulls. In 2012, NLF3 is working with Erik Minkkinen (Sister Iodine) on the expressionist film Der Golem for a new series of cine-concerts. It was not until 2014 to see a new opus with the title and the pink cover (work of the graphic designers Twice) appear, the aptly named Pink Renaissance which gives pride of place to heady melodies and space, expertly orchestrated and recorded in green far from the capital, then to the Midilive studio. Same device but different result for Waves Of Black And White in 2017 and its contrasting black and white, underlined by a dark and arid sound, like the rocks photographed by Fabrice for the cover, reminding under the aegis of Aristotle that “Nature leaves nothing to chance”.

New context change for the new album ABCDEFG HI! : while Nicolas is busy with the dancer Yves Musard, Fabrice with his solo performances and Jean-Michel Pirès on the tours of Bruit Noir, the three stooges initially decide to work separately. In a quasi-epistolary approach, they lend themselves to the game of musical correspondence, shaping pieces at a distance by adding elements in turn and with confidence. Each in his environment, with his instruments, melodic lines, rhythms and other arrangements. For the first time in its history, the trio has not been brought together in the same space for the research and composition stage, even if the album will be finalized collectively at the PUSH studio in Paris. Beyond the originality of the proposals, the use of field recording, folk sounds (mandolin, guitar) or an acoustic piano comes to integrate harmoniously into the electrical and electronic world of the group, its trademark remaining this alloy of repetitive or jerky patterns and atmospheric ranges, nourished by a panel of sounds with a broad spectrum. Consecration of a singular and original label, ABCDEFG HI! Also revives the inaugural principle of not giving titles to songs, here designated by simple letters classified in alphabetical order, so that the imagination of the listener remains as blank as possible before listening to them. This album, born from a common desire not to be locked into an established scheme, continues to explore their possibilities. In this regard, the song HI! does he not come to conclude the disc, as an invitation to a new stage? To close this new chapter in its history, NLF3 tells us “HI! Rather than “Good-Bye”.

FR "The French space-rock-kraut outfit just nails it with every new album. They seem to be from a parallel universe anyway, so hopefully at least there NLF3 will lead the charts for weeks to come." 9/10 LOWNDOWN MUSIC 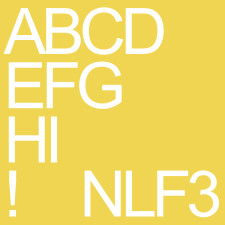 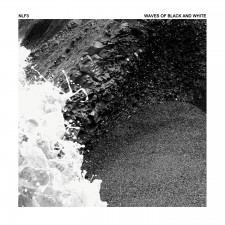 Waves of Black And White 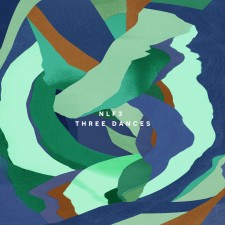 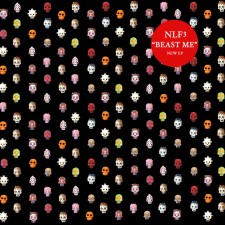 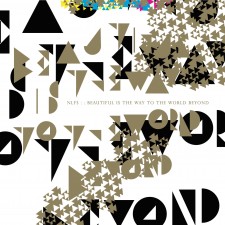 NLF3 - Beautiful Is The Way To The World Beyond 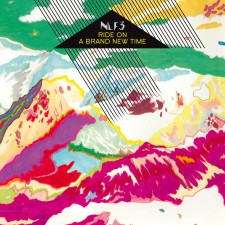 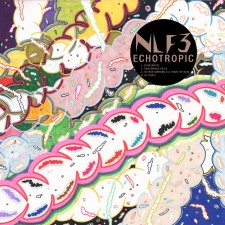 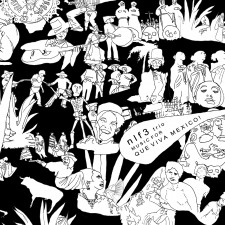 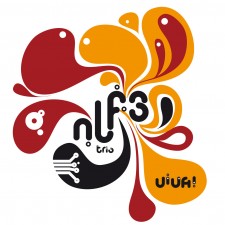 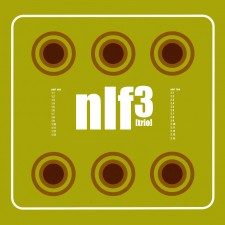