Scaring The Mice For Revenge celebrates a reunion of four longtime friends in the studio—the first time as a quartet, after crossing paths many times during their respective projects. Following long careers on the indie scene, Nicolas Laureau and Quentin Rollet rediscover each other’s artistry after frequently working in parallel, while Jérôme Lorichon and Shane Aspegren, now based in Hong Kong, find each other again after a long pause from their acclaimed duo The Berg Sans Nipple. What they share is a desire to redefine their output over and over, staying open to every possible sphere of musical experimentation, while never becoming enclosed into any genre. Helmed by sound engineer Johannes Buff, the recording session was disconcertingly fluid, with everything recorded in one take with no overdubs. Resuscitating the Hindu-tinged spiritual jazz of Pharoah Sanders and Alice Coltrane, the four musicians opened a rift to new constellations.
Release date : September 2022.

A Rainbow for Don Nino !

Here’s Don Nino’s “Rainbow”, taken from the new album to be released in September.Enjoy !

Don’t go to Cannes, We have something for you.

Don Nino : a new video for the forthcoming album 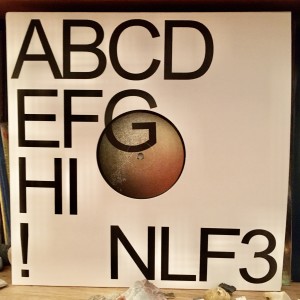